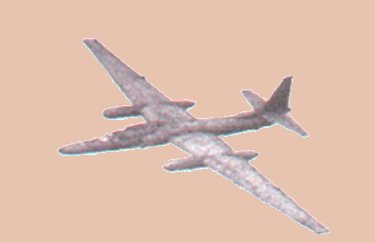 Pilot Howard Carey C.I.A. (one of my friends) while in flight with U-2 in germany has a problem with a Canadian F-86. Howie is killed in the crash.

China shoots one out of the air. U-2 owned by Tiwan.

Back to Hogan's Home Page